30 Space Facts That Will Blow Your Mind 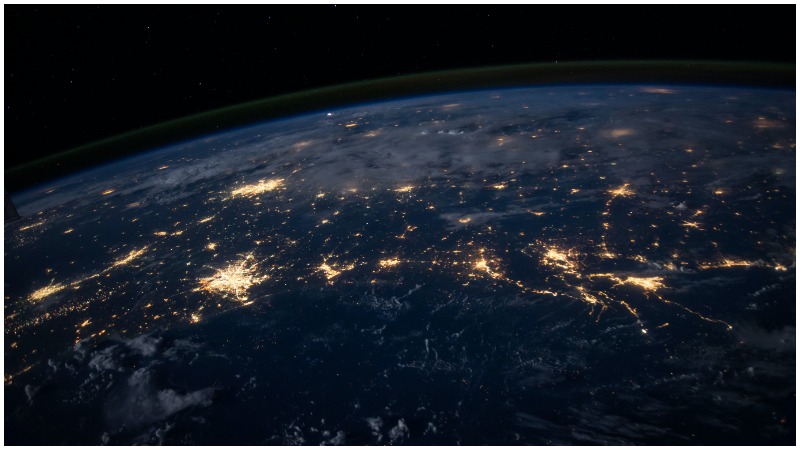 Space is fascinating. No, it’s mesmerizing! Knowing that there is something so vast out there that our planet is as insignificant as a little pea in the grand scheme of things is awe-inspiring. And we’re sure you’d agree!

You’ve probably wanted to become an astronaut at one point in your life — everybody does! Exploring the great unknown as your favorite movie characters sounds like a dream come true, we agree! Or perhaps you even thought about battling aliens in a faraway galaxy like they do in your favorite video games. Ah, yes… the good old times!

However, as exciting as these fantasies may sound, space is not always faithfully presented in films and video games. But don’t worry! Movies and games get one thing right — space is incredibly fascinating!

But if our view of space from popular culture isn’t correct, then what is? Well, if you’ve ever gazed at the stars, wondering what the vast universe was really like, you’ve probably come up with hundreds if not thousands of questions. You’ll hopefully find answers to at least some of them here!

Let’s take a look at some fascinating space facts to satisfy your inner space geek (welcome to the club)!

30 Fascinating Space Facts for All of Our Fellow Space Geeks!

1. There Is No Sound in Space

Because there is no atmosphere in space, there are no means for sound to travel. Luckily, radio waves still work, so if you ever go for a stroll on the Moon, don’t forget to bring a radio!

2. The Surface Temperature of Our Solar System’s Hottest Planet Is 450℃

This information will probably be surprising to you, but Mercury is not the planet we’re talking about, despite it being the closest to the Sun. The planet with the most scorching climate in our solar system is actually Venus! The reason is that Mercury doesn’t have an atmosphere to regulate its temperature, while Venus does.

3. The Only Planets Without Moons in Our Solar System Are Venus and Mercury

While we’re on the topic of Venus and Mercury, these poor fellows are the only planets without a satellite companion. And considering that there are 176 moons in our solar system in total, these guys must have been unluckier than Lando Calrissian playing sabacc!

4. Nobody Is Aware of the Exact Number of Stars in the Universe

Due to the sheer size of the cosmos, it’s next to impossible to determine just how many stars are there. Scientists predict there are 200–400 billion stars in our galaxy alone, and the universe consists of billions of galaxies… So… Use your imagination.

5. Our Solar System Is About 4.57 Billion Years Old

Wow… that is a long time. And scientists speculate that it will take at least five billion extra years for our Sun to turn into a Red Giant. So if you thought the apocalypse was due soon, you were gravely mistaken!

Unless you’re a billionaire, you’re not going to get the opportunity to go to space any time soon! Oh, and did you know that 70% of that price is for the backpack and control module alone?

Although you’ve likely expected the Sun to be heavier than our home planet since about 1,300,000 Earths could fit into it, there’s one thing that probably hasn’t crossed your mind. Did you know that the Sun is so heavy that it makes for 99.8% of our solar system’s mass?

8. A Single Day on Venus Lasts Longer Than a Year

Venus likes to bide its time, so it is one of the slowest rotating planets in our solar system. That makes one day on the planet equal to 243 Earth days. However, the planet needs just 225 Earth days to do a full circle around the Sun, making a single day on Venus longer than an entire year!

9. Jupiter Boasts the Highest Moon Count (79) in Our Solar System

This gas giant has the most moons in our solar system, including the largest one (Ganymede). That one is even bigger than Mercury!

Making a full trip around Pluto’s equator would be like taking a long walk from London to Denver!

This fascinating fact is due to Uranus’s unique 97.7-degree tilt on its axis.

Astronomers located a water vapor cloud of enormous mass approximately 10 billion light-years away. This water mass equals to 140 trillion times the mass of water in all Earth’s oceans!

13. The Largest Manned Object to Have Ever Been Sent Into Space Is the International Space Station

This magnificent station is about 109 meters long and orbits the planet at approximately 400 kilometers from the Earth’s surface!

14. All Free-Moving Liquid in Space Will Take a Spherical Shape

This phenomenon takes place because of an imbalance of intermolecular attractive forces and is called surface tension.

15. Mars Has a Volcano Three Times as Big as Mount Everest

This 600-kilometer wide and 21-kilometer high giant is called Olympus Mons and is the tallest mountain in our solar system! However, there’s a single taller mountain peak at 22 kilometers high, but it’s on an asteroid Vesta.

16. Only 5% of the Universe Is Visible From Earth

Most of the universe consists of dark energy (68%) and dark matter (27%). Those aren’t visible from Earth, not even with a telescope.

17. Footprints Our Astronauts Made on the Moon Will Remain There for 100 Million Years

The Earth’s satellite doesn’t have an atmosphere, meaning there is nothing to wash away or erode the footprints. It looks like our brave astronauts’ prints might even outlive the human race!

18. Light Needs Less Than 10 Minutes to Travel From the Sun to Earth

If we’re going to be precise, it only takes 8 minutes and 20 seconds for the Sun’s light to reach Earth!

19. The Reason Stars Twinkle Is the Way Earth’s Atmosphere Disrupts the Light That Passes Through It

The wind, rain, and other weather conditions affect the light as it passes, which makes the stars above seem like they twinkle.

20. Regardless of Where We Stand on Earth, We Always See the Same Side of the Moon

The Moon rotates synchronously with the Earth, meaning that it does so at the same speed and over the same axis as our planet. That makes it impossible to see its other side from Earth!

Did you know that the Milky Way has the most stars out of any other known galaxy?

22. We Can See 3–7 Different Galaxies From Earth With Our Naked Eye

Some of the galaxies we can see are the Milky Way, Andromeda Galaxy (M-31), the Omega Centauri, Triangulum Galaxy (M-33), the Sagittarius Dwarf Spheroidal Galaxy, and both Magellanic Clouds!

23. Our Technology Picked Up a Radio Signal From Somewhere 5 Billion Light-Years Away Back in 2016

It seems we might not be alone in this universe! However, this signal is even older than the Earth itself. The observatory that picked this signal up is the National Radio Astronomy Observatory in Mexico.

The photograph was taken by the Event Horizon Telescope in 2019 of a black hole 54 million light-years away.

25. Metal and Sulfuric Acid Fall on Venus Instead of Rain and Snow

Venus is a scorching planet full of sulfuric acid. That is why the planet’s metals first to sublimate, then liquefy in the planet’s atmosphere. Finally, the freezing temperatures near the ground solidify them!

26. Coca Cola Was the First Popular Beverage Consumed in Space

That’s right! And the first food was applesauce, eaten by John Glenn in 1962.

27. Valentina Tereshkova Was a Russian Astronaut and Is Famous for Being the First Woman in Space

The mission that crowned Valentina was that of Vostok 6 in 1963. She remained in orbit for three days and went around the planet 48 times before returning!

28. The First Artificial Satellite in Space Was Soviet Union’s Sputnik

29. The Moon Is Actually Moving Away From Earth By 1.6 Inches Yearly

Research shows that the Moon will eventually escape our planet’s gravity field, but that will not happen any time soon… Luckily for us, it will take the satellite a few billion years to escape Earth’s grip!

30. Scientists Have Discovered a Planet Made of Diamonds

This rich planet is only 40 light-years away from Earth, visible within the constellation of Cancer! The planet in question is two times smaller than Earth, but it’s eight times as heavy. Talk about some spoils!