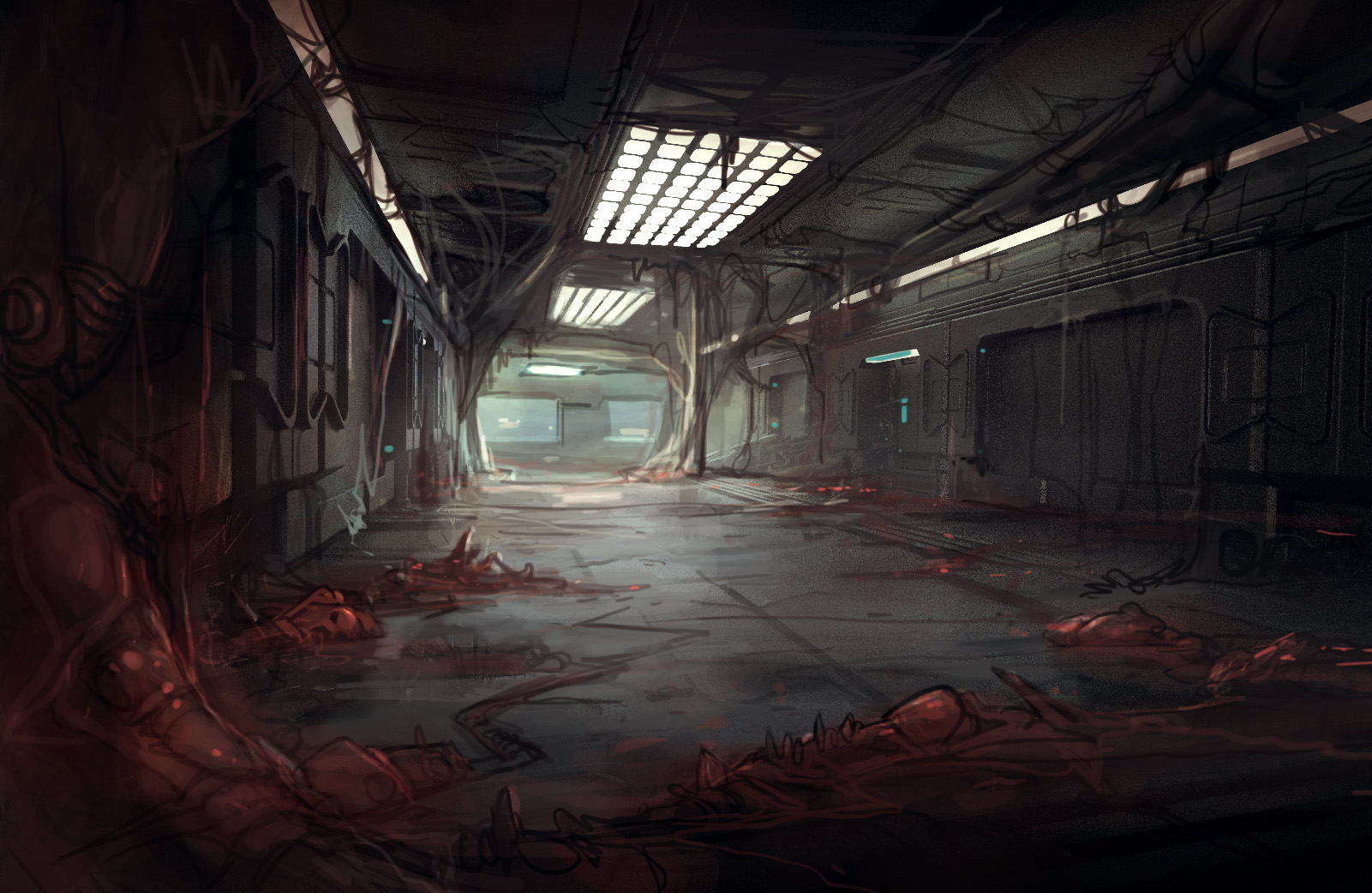 Pet Project Games is proud to present its first upcoming gaming project — Ripout! If the name itself is enough of a clue to what kind of game we’re talking about here, let’s shed some light on what you can expect to see from us soon!

Ripout is an upcoming indie co-op FPS game with elements of Sci-Fi and horror. This action-packed shooter will have players taking on the role of one of humanity’s last soldiers and have you travel the galaxy fighting various mutants in search of humanity’s last bastion — the Sanctuary.

In the time when humanity finally conquered the solar system, an age of prosperity was ready to begin… or so everyone thought.

What many believed would be the golden age of humanity turned into a struggle for power between Earth’s most powerful corporations who battled their competition through subterfuge and piracy. The new world order humanity was so eager to build was collapsing.

That was when the aliens attacked.

Caught unprepared and forced to retreat, humanity was forced to unite forces to keep the alien forces at bay. But despite their newfound alliance, they were unable to thwart the aliens’ approach. In their desperation, the Earth’s governments employed the planet’s best scientists to create a new weapon to help them combat the looming threat.

Thanks to the joint efforts of Earth’s most brilliant minds, humanity was successful at finishing their secret weapon — a tiny, special cell. Once injected, this cell gave soldiers the ability to regenerate tissue at superhuman speeds, which opened up new horizons and led to the creation of Earth’s first cybernetically enhanced soldiers.

These soldiers were humanity’s new hope, as they were successful at pushing back the alien horde. However, nobody could have predicted that humanity’s savior would be its downfall.

After a while, the Earth’s new forces started exhibiting strange mutations that led to increasingly aggressive behavior and loss of sentience. To everybody’s surprise, these mutations quickly spread through the frontlines, including the aliens’ ranks, deforming everything and everyone beyond recognition. Humanity soon found itself at another dead end.

In one final act of desperation, the scientists turned back to the cell that caused all of it and attempted to use it on combat-trained animals to mechanize them for warfare. This time, they were successful.

Unfortunately, the newly created breed of sentient weapons was not enough to push back the overwhelming hordes of mutants. Hence, the Earth’s governments initiated a mass evacuation of the entire planet.

The most travel-ready people and the remaining sentient weapon forces (including you) board giant evacuation spaceships and leave the rest of Earth’s inhabitants to their fate. You enter hibernation to prepare for deep-space travel, unaware of what awaits you.

It is 2084, and you wake up on an abandoned ship, realizing you are one of Earth’s last surviving soldiers. With nothing but your sentient weapon at your side, the task of saving what’s left of humanity falls on you and your trusty sentient weapon companion.

If you are a fan of action-packed shooter games and love blasting aliens’ heads off, Ripout is going to be perfect for you. Here are the most notable features that make Ripout stand out among the crowd:

When Is Ripout Coming Out?

Ripout’s release date is still to be determined as of the moment of writing, but players can expect to get more info about the alpha version soon! The full release is planned sometime in 2021.

Ripout will be available as a one-time purchase on Steam and Epic Store upon launch on PC. Unfortunately, a console version of the game will not be available at release but may be implemented in the future!

Are you curious to explore the depths of space with your friends and go on a mutant-killing rampage? Ripout will push all the right buttons with its action-packed gameplay and keep you on the edge of your seat, so make sure not to miss out!

Follow Ripout on social media to stay up to date with all the news regarding the development and upcoming reveals and teasers!